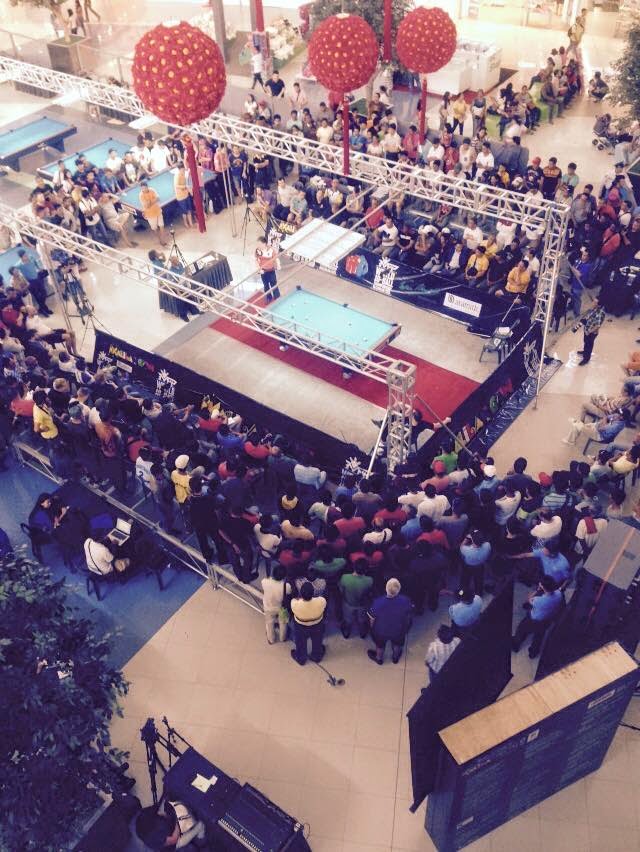 The hopes for a 2015 Canadian World 10 Ball Champion has come to an end. Alex Pagulayan was the last man standing and unfortunately he was unable to make it through the final round of 32 where he lost to a top player from China, Liu Haitao 11-10.  The other two Canadians to make it through the group stages Jason Klatt and John Morra were both eliminated in the final 64 bracket.

As many of you know this is the first World 10 Ball Championship in some time due to lack of funding. The minimum prize pool to host a World Championship is $250,000. World renowned boxer and local Filipino hero Manny Pacquiao has graciously stepped up and basically donated $300,000 to the prize pool with no hope of making that money back. Of course, which is so often the case in the pool world, there as been more complaints then gratitude.

Before we get into whats wrong with this World Championship lets get a little perspective first. Manny Pacquiao is one of the richest Filipinos in the history of the country, he holds public office and loves pool and plays at about a semi-pro level. Being that pool is the number one sport in his country and that he has a stable of the worlds best players in his backyard who are struggling financially, he decided to host this Championship himself to help promote his hometown and to give these great local players a chance on the world stage which otherwise they would have been unable to afford.

Now for the players who traveled there seemingly blind to what the conditions might be, this is a third world country with very little infrastructure and one of the warmest countries on earth. So it leaves me scratching my head a bit when I see all the social media posts complaining about the humidity and the poor table conditions. Its not like there is a “Diamond Table” manufacturer nearby, and in reality Pacquiao has only just started hosting pool tournaments since last August. I would imagine like any new event, it has its growing pains and if given the opportunity it will only get better.

With the humidity the local players who mostly play outside, yes OUTSIDE – the playing conditions heavily favour  them and it is up to the foreigners to adapt and overcome. I just wish the players would not so quickly go to social media to condemn this effort, especially in these times when the game is struggling so much.

Below are the full results from the final 32 bracket and the final 16 bracket. There are 3 Filipino players in the final 8. Tomorrow will be the conclusion of the 2015 World Championships, come back to CSN for a full report.